In this solo dining adventure, Gary visits the first Xi’an Famous Foods not located in a Chinatown. 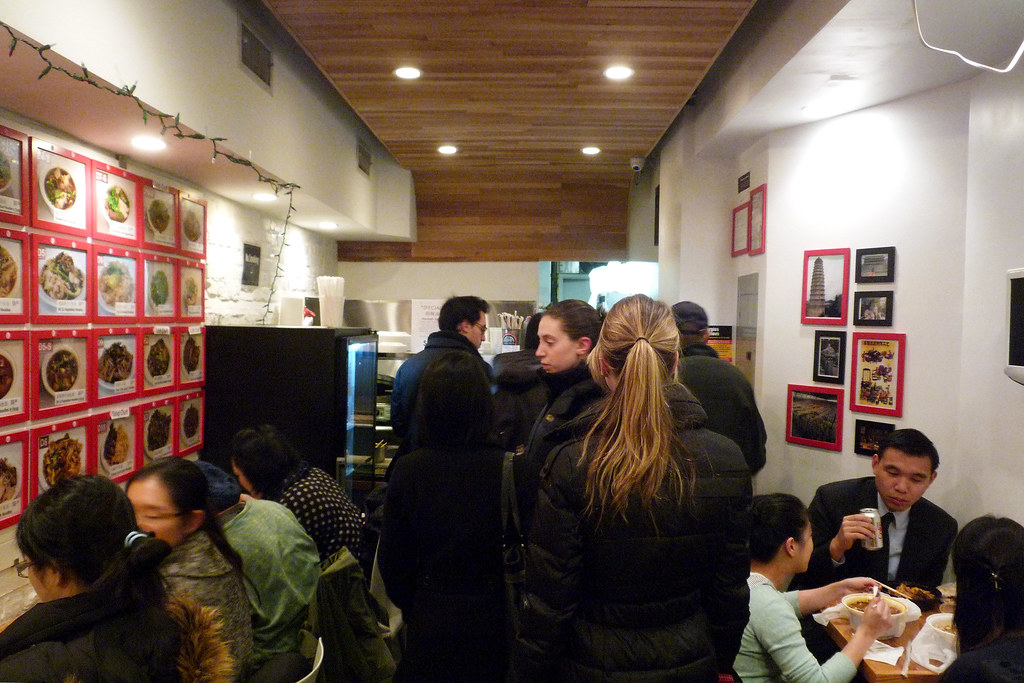 Ever since I first saw the Xi’an Famous Foods stall in the basement of a Flushing mall, featured in an episode of Anthony Bourdain: No Reservations, I’ve occasionally visited them before and after Mets games. When they announced they were opening a location in Manhattan’s Chinatown, I was excited since that meant I could eat their food without having to first see the Mets lose (tough times, these past few seasons). Not long after, they opened up a location in the East Village and with my Eater internship located conveniently close by, it was only a matter of time before I’d wander over.

So on a very cold winter evening after interning but with time to kill before my darts team’s match, I stopped in at the EV Xi’an for something particularly spicy to warm – okay, fire up – my body. In that regard, they would not disappoint. 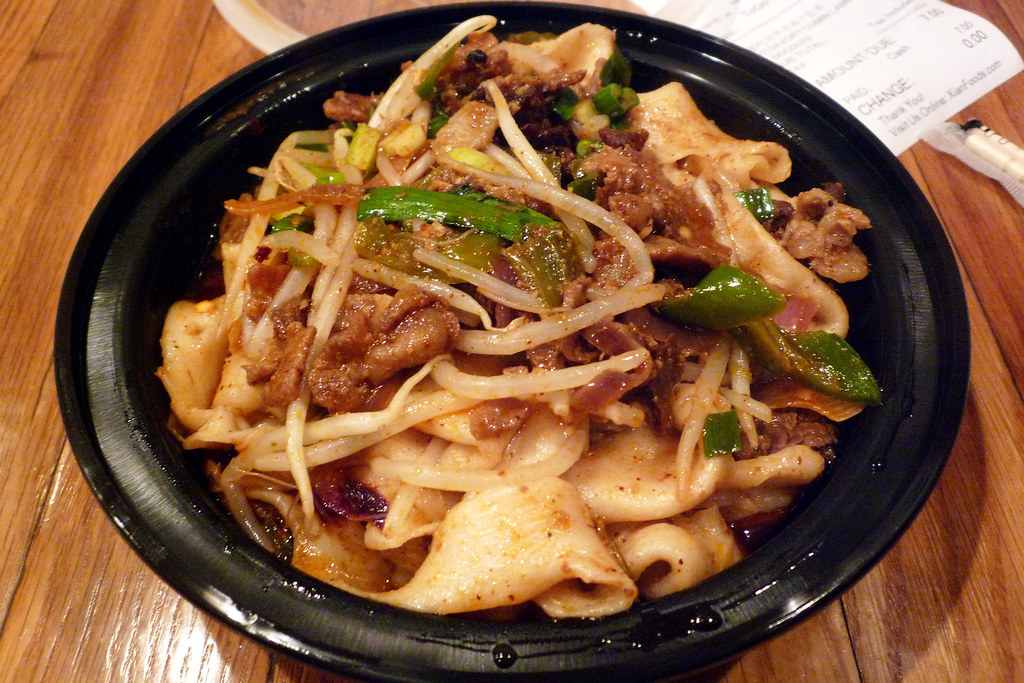 I went with the savory cumin lamb hand-pulled noodles since those noodles are one of the reasons to come here in the first place. I remember watching them pull those noodles behind the counter at their Chinatown outpost as one thick piece of dough became thinner, lighter strips of noodle with just a few stretches and some deft pulling. Stir fried with some seriously spicy pieces of lamb – we’re talking cumin and a lot of peppers – and you have the makings of an insanely tasty dish. You’ll break a serious sweat eating this one, trust me. 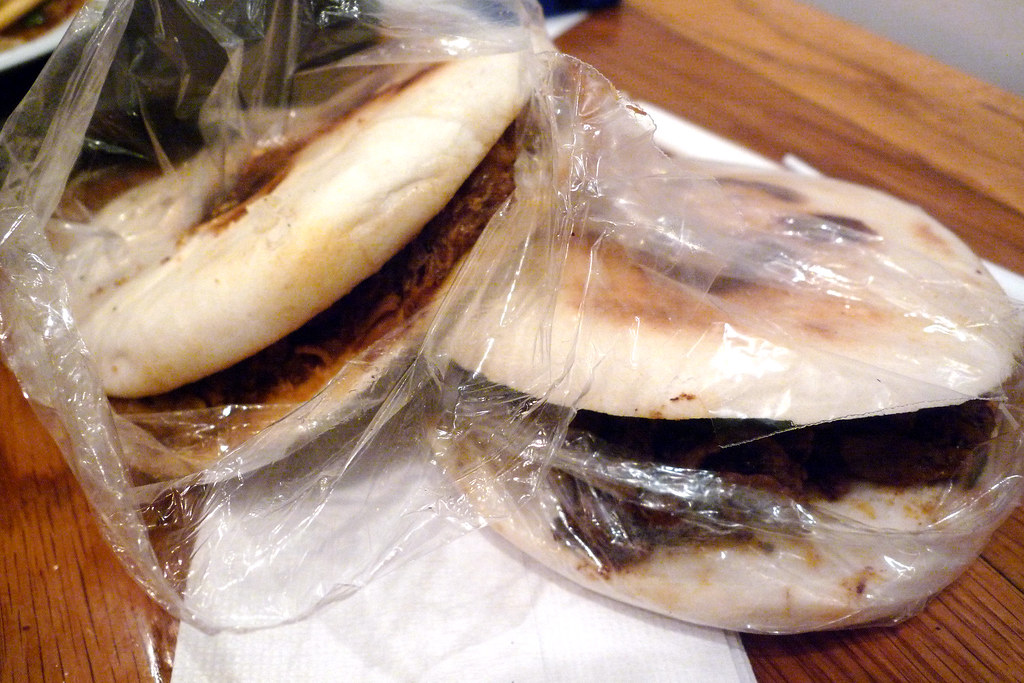 I recently made another visit so I could try the two “burgers” they offer – one with stewed pork and the other with the same savory cumin lamb they use in the previous noodle dish. Obviously, though perhaps not from the above photo, these aren’t actually burgers but rather sandwiches. Why they didn’t just call them that, I have no idea. Perhaps they wanted to cash in on the burger trend? Regardless, these are both great sandwiches with the stewed pork including little bits of the the fatty skin for a slightly gelatinous contrast to the meat. The lamb, as mentioned, is the same wonderfully seasoned lamb from the noodle dish so that the sandwich is great is a given.

Xi’an Famous Foods sure has come a long way from its humble beginnings in the basement of a mall in Flushing. This East Village location, easily the sleekest one yet, fits in perfectly with the continued growth of restaurants in the neighborhood and caters well to the better-heeled denizens within. There’s been talk recently of expansion to Midtown, Columbia University, and Williamsburg which brings to mind the rapid expansion of Ramen Setagaya or, better yet, the even rapider contraction of Ramen Setagaya. I just hope they don’t grow so fast that they’re unable to maintain their standards. Because the quality now? Top notch.