In this solo dining adventure, Gary revisits Schnipper’s Quality Kitchen to try a burger he dismissed way too soon as mediocre. 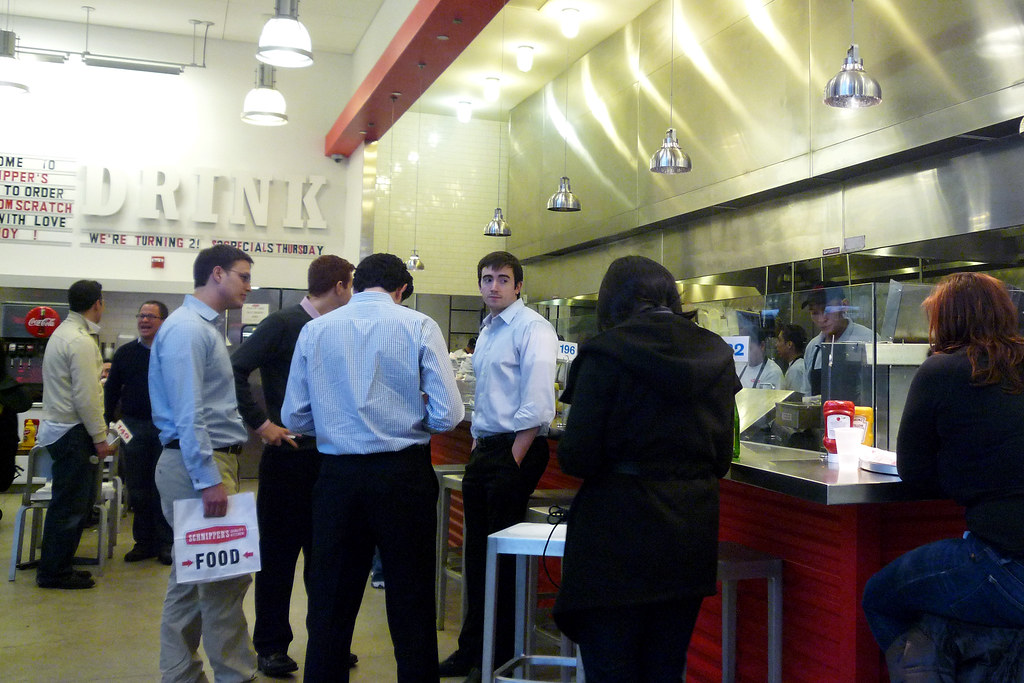 A little over a year ago, Schnipper’s Quality Kitchen celebrated their first anniversary with a free shake with hamburger purchase. I, along with a great many other freeloaders, showed up for our free shakes and, as this was my first-ever visit, I thought it’d be a good time to try the burger there. Remember, this was a time before there was a Shake Shack only a few blocks further north so this was the place for a moderately priced burger.

It was okay. The burger fell clearly into the area that I’ve come to classify as “not worth it” with “it” being whatever you want it to be – price, the trip, etc. When Shake Shack Theater District opened, it got re-classified as “not worth it with much better options in the vicinity,” which pretty much turned it into a place I’d probably never set foot in again.

But then they quietly made a switch to Pat LaFrieda-supplied beef and it popped back up on my radar again. When they announced they’d be celebrating their two-year anniversary with $2 burgers and $2 PBR’s, I figured it was worth a second try. This time around, I made sure to show up well after the lunch time crowd so I’d have the best chance of getting a well-executed, well-made burger. 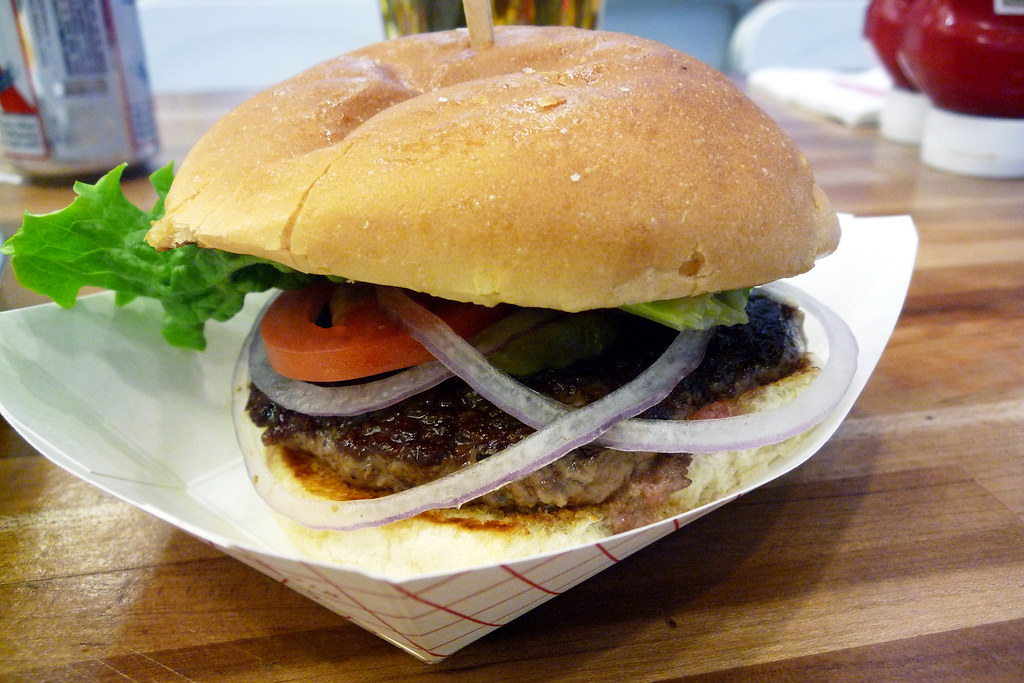 I’m so very glad I gave their burger a second chance. The patty is formed the same way as it was the first time I visited but that’s about the only thing that stayed the same. Mostly flattened and spread out rather than thick, there’s plenty of surface area here to form a really solid crust. That it does so while still staying juicy to the point of it saturating the bottom bun is an amazing thing. Of course, the most important thing is how it tasted and all I have say is that it was a strong beefy flavor, all the more enhanced by a liberal, though not excessive, salting of the beef. The bun is also a nice touch – toasted so that it doesn’t become a total mess and a decent chew. 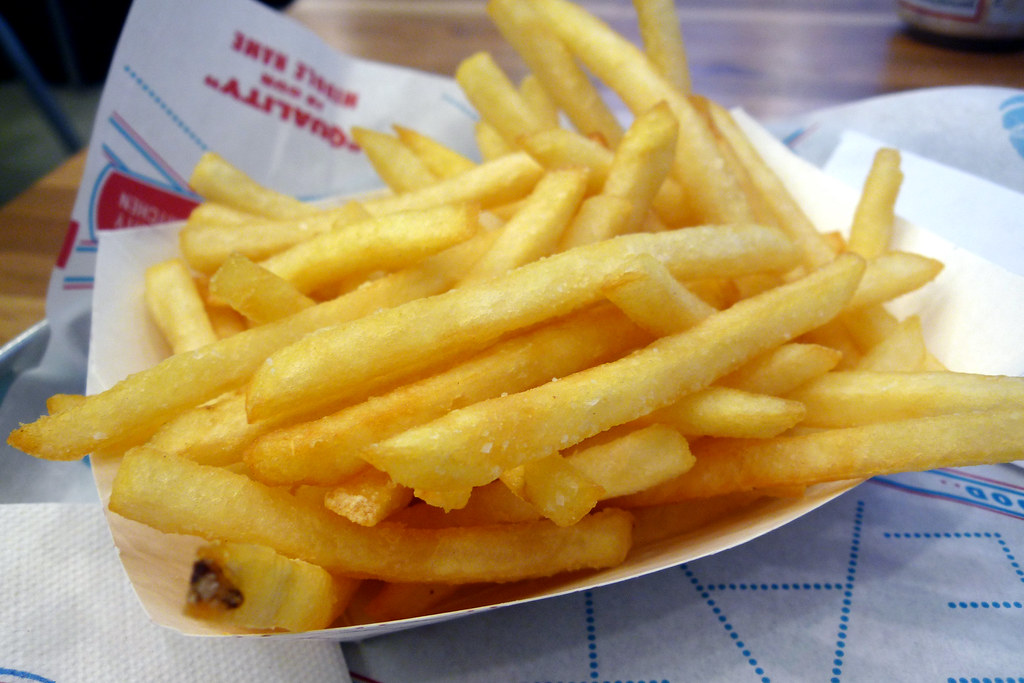 I always say you can’t do a burger without some sort of fries and the ones here are solid. Crunchy but creamy on the inside and helped by a good dash of salt. These aren’t freshly cut fries obviously but they’re a worthy complement for the burger.

At $5.99, the hamburger at Schnipper’s Quality Kitchen loses in the price battle with the $3.50 one that Shake Shack offers. But does it lose out in the quality comparison? Yeah, but not as badly as it once did and I’d place it at just a notch below. It’s certainly the best burger that’s not the Shack in the Times Square region. Also? If you’re in the neighborhood and looking for a burger but don’t want to spend 30 minutes on the line at Shake Shack during peak periods, you’d be hard pressed to do better than Schnipper’s.